Skip to content
Hi. My name is Charity Doane. I am 34 years old and am from Evansville, Indiana in the United States.
In my household, we typically hunt for meat. The size of the game has never really been a big deal for us, which is why I’ve managed to only take home doe meat every other season.
In June 2017, my dad was diagnosed with Stage 4 cancer. After taking care of him through all of that, he asked me when I was going to take my first buck? I said “I’ll do my best this next year for ya, pop!”

So I prayed that maybe the Lord would bless me with my first BIG buck (preferably the big guy whose shed I had found in 2016 on some public land we like to hunt) before my pop passes away. I really wanted him to be a part of that!
And so, on Saturday 3 November, after discovering a funnel type area of the public land, during the whitetail rut, I managed to make it happen!
It was cold and foggy, and we were running late. We were using our hawk hang on stands and steps, trying to get into a tree as quick as possible. Somehow, we managed to pick the worst tree in the area.
While patiently waiting to see anything at this point, we swayed constantly in that tree! It was quite comical, to say the least. We sat until about 9:10am and hadn’t seen one deer. So out of cold, frustration and not feeling my toes, I started to climb down. I intended to go warm up, eat a bite and come back for a later hunt…
But as I was literally coming down the steps, more than halfway to the bottom, a group of does came barreling through directly underneath us.
At this point, I was a true tree hugger. Then before I could make a decision, a second group of does came barreling through behind them.
I reminded myself what time of year it was, telling myself “girl, get your ass back up there, these does are being chased!”
So I scurried back up the ladder and got my bow back out and ready.
No sooner than I could get my arrow knocked, hubby says “babe, look a buck.” And sure enough, there he was, coming through the trees.
We were hunting alongside swamp water, so between the fog, the sunrise and the water, it was absolutely the most beautiful hunt I’ve ever sat, but also the craziest.
The buck turned directly towards my direction, just before he was able to cross that water after the does. I grunted at him about 12 yards and he stopped perfectly broadside. It was the best shot I could have made. He ran across the water and dropped, not even 75 yards away. 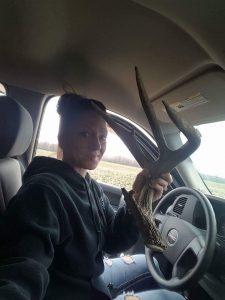 At this point all I knew was he was a big boy and appeared to be an older more mature male – a good 8 or 10 point buck. But little did I know, until we found him, he was MY BUCK! The one I was waiting for, the one whose shed I had sitting in my living room. The one I told my dad I would do my best to bring home that season.
All I can say is what a hunt!
Not only beautiful, but a huge blessing and a blast. I made an awesome memory with my best friend, my husband, and made my pop so proud of his little girl. 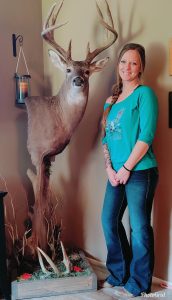 It was definitely a bittersweet hunt, knowing I had asked God to let it happen before he was gone. And it did. My pop passed away in January. As I look back on that hunt, I am reminded how important it is to love your loved ones while you still have them.
And every time I look at that big, old 7 1/2 year old Swamp Donkey on my wall, I am reminded of those memories made with my husband, of an awesome public land bow kill, and of my pop and how proud it made him.
Follow Charity’s hunting on Facebook or Instagram.

Do you have a hunting story you would like to share on I Am Hunter? Send it to us in an email to team@huntshack.net, along with 4 – 5 photos, and we’ll publish your story. You can also check out our Contributor Guidelines. 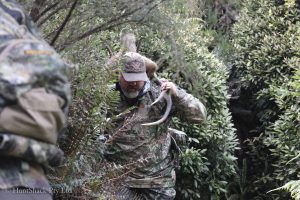 Just another head on the wall? 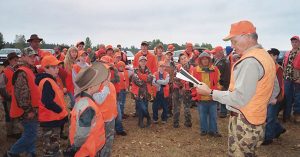 3 reasons hunter education should be taught in schools 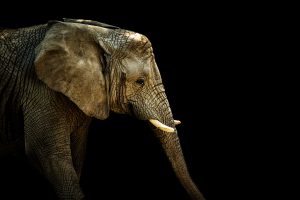 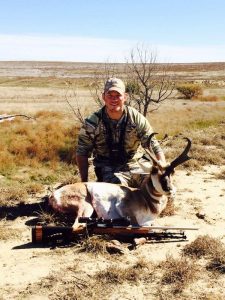 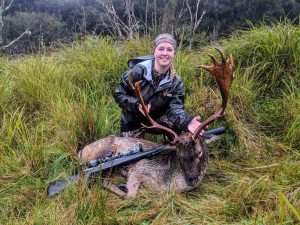 Can you hunt deer in the rain?