I have always wanted to hunt a zebra. I’ve got no issue eating the meat and think that they make for a beautiful trophy on the wall.

To me it’s really no different to hunting a deer. Now calm down. I can feel the hate coming through the computer screen. But just think about it for a second…

If the hunt is legal and ethical, the animal is not endangered or threatened, and the meat is not wasted, the life lost is just the same as that of an impala, or a whitetail, or an elk. To think anything different, and to base your reasoning on aesthetics (“but a zebra is so pretty…”) is no different to putting more value on the lives of attractive people.

The hunt itself wasn’t easy either. I will be honest, I really didn’t expect it to take long to find a zebra. I mean, the animal is covered in black and white stripes that look nothing like the surrounding browns and greens of the African Bushveld. Surely they would stick out like a sore thumb…right?

Well you can see for yourself. And the picture has the benefit of a zoom lens. Something my eyes are yet to figure out!

We spent two full days chasing these elusive animals on foot. We would spot a small herd and decide on a plan of attack only to turn around and discover they had disappeared. I just couldn’t get my head around it. One second we could make out 5 or 6 zebras and in the blink of an eye they were gone.

On the morning of the second day we had managed to track a small herd for most of the morning. The stallion always managed to keep the herd just out of range.

We were about to give up and head back to camp for a good feed when (by pure luck) we stumbled upon them again. Nothing had changed though. The herd would stand just long enough for us to get into position before they would take off again. After following them for about 800m through the thick bush, we finally had our opportunity.

A smaller zebra stopped to look back at us. It gave me just enough time to get my rifle on the sticks and take a shot. The chase was not over though. Just as I took the shot, the zebra took a step forward, which meant that the point of impact was not as great as I would have liked, and the zebra took off like a rocket.

Our local tracker, Shuks, wasted no time. He went straight to the spot where I’d shot the zebra and started looking for sign. He found blood but it wasn’t good – it had the distinctive smell of a shot that’s entered the abdomen.

The next 20 minutes were spent with eyes to the ground. I cannot exaggerate enough how good Shuks was at tracking this animal. He moved through the bush finding the tiniest specks of blood among the leaf litter and dust. He was even able to pick the tracks of the wounded zebra out of the herd by the depth of a particular imprint. It was truly amazing to watch.

After what seemed like an eternity, we finally found my zebra. I was lucky enough to be the one to spot it with everyone else so focussed on the ground. I can say with 100% confidence that we would not have found it without Shuks. Despite having a 180gr .308 bullet travel high through both lungs, it had managed to travel almost 600m.

Hunting zebra turned out to be much harder than I initially thought. Although it’s the nightmare of most hunters to think you might’ve only wounded an animal, it was amazing to see our tracker in action. I’m sure I’ll still cop some hate from those who live in fairyland but I can tell you right now – I’ll be heading back to Africa and zebra will be high on the hit list. 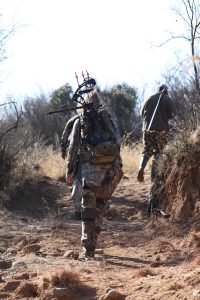 There’s a common misconception among non-hunters that trophy hunting in Africa is easy; that you just get out of a car, pick the best animal in the 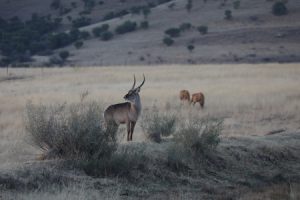 There’s a general misconception that every hunt should end in a successful kill shot. After all, people rarely post about their unsuccessful hunts or share